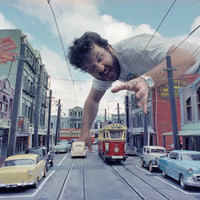 Man wins appeal against extradition to Hungary over deaths of children (irishtimes.com)

A MAN walked free from the Supreme Court yesterday after it refused a fresh attempt to extradite him over a fatal road incident in Hungary in which two children died.

Ciaran Tobin, who has been in custody since last November after surrendering bail, was hugged and kissed by his wife and supporters after the five-judge court upheld his appeal against extradition by a three/two majority.

Mr Tobin (48), a father-of-two, of Offington Drive, Sutton, Dublin, appealed a decision to extradite him over an incident in the city of Leanyfalu, near Budapest, on April 9th, 2000, when the car he was driving mounted a footpath and struck two children.

Marton Zoltai (5), who was standing on the pavement, and Petra Zoltai (2), who was in a pram, were killed.

Mr Tobin, an accountant working in Hungary at the time on secondment for Irish Life, and his wife and two Irish friends, who were also in the car at the time, attended a police station the next day and made statements.

... which were translated by the daughter of Mr Tobin’s lawyer, so they couldn’t be used at all in the legal suit. Oops...

He was later charged with negligent driving causing death and sentenced to three years’ imprisonment by a Hungarian court. This sentence was passed in his absence because, after co-operating with local police, his passport was returned and he came home after completing his work there. He had denied the charges.

Extradition proceedings brought against him in 2007 to have him serve the sentence were dismissed by the High and Supreme Courts. The courts found a requirement of the European Arrest Warrant Act 2003 was not met because he had not “fled” Hungary after the incident but rather left, returned and left again without impediment.

The Irish government later amended the Act to remove the “fled” requirement, and two months later the Hungarian authorities issued a new warrant for Mr Tobin, who lost a High Court challenge to that second attempt to extradite him.

In his judgment, Mr Justice Hardiman said the second extradition attempt was an abuse of process. A Hungarian national in similar circumstances could not have been extradited to Ireland because Hungary availed of an EU framework decision allowing its citizens to serve time at home for sentences imposed on them abroad, he said.

He also refused extradition on grounds of contradictory and inconsistent documents from the Hungarian authorities related to the length of sentence Mr Tobin would have to serve.

This case illustrated how a perfectly ordinary person, of good character, can in a moment, and without any intentional or malicious act on his part, become first a suspect, then a convict sentenced to three years in a foreign jail, the judge said. Mr Tobin was pursued for many years on “a number of inconsistent grounds”.

A “perfectly ordinary person, of good character” keeps his promises and bears the consequences of his acts.

When Mr Tobin stepped on the accelerator and drove his car at a speed twice as the local limit: that was his own decision. He did it intentionally.

If killing two children is not valid ground, then what is?

The combined effect of this “tragedy” and the impossibility of life as a fugitive for a respectable person led Mr Tobin to offer to serve the three-year sentence – the justice of which, and associated conviction, he had never accepted – providing he could serve it in Ireland, the judge said. This was rejected because there was no basis in Irish law for it.

So, according to Irish law you can kill children, just do it abroad?

Mr Justice Hardiman was very critical of the State’s conduct of the matter and said his concerns included the “grossly abnormal” period of time during which Mr Tobin was under threat of “forcible separation from his family”. This was discreditable to this State and to the Hungarian authorities.

If there's anything that is a 'grossly abnormal period', it is death.

And if there's anything that is 'forcible separation', it is, again, death.

Marci and Petra are dead because they have been killed. And the man's been walking free for a “grossly abnormal period”. For that, shame on both the Hungarian and the Irish “justice” systems.