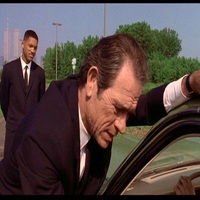 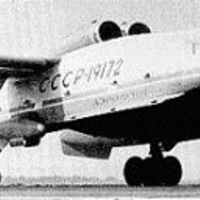 > Hello Bence,
> I went to school with Ciaran in Dublin.

Great. Then you can surely call him Ciaran, but since you never attended the same school with Bence Zoltai, please call him simply “Mr. Zoltai”. Thank you.

> He is a decent upstanding family man.

Nice. Here in Hungary those who do not keep their promises and/or don’t bear the consequences of their acts aren’t called “decent” or “upstanding”. Period.

> What happened was a tragic accident.

... which was caused by Mr. Tobin’s negligent driving. Speeding and killing two children is a crime in every civilised country.

> What are you going to achieve by ruining Ciaran's life???
> Nothing. It will just destroy another good person's life.

We will regain a country’s faith in justice, law and equality. And that is something indeed, believe me.

> You say you want justice? If he goes to jail his life (And that
> of his wife and 2 children) will be OVER. Please think about that?
> Your 2 children are dead. Nothing will bring them back. It is simply
> tragic and one of the saddest thing I can imagine,
> but they are not coming back.

Yes. They are dead and they will remain dead until the end of time. But you have to understand this isn’t about Marci and Petra any more. This is about justice and law now. Every crime must be followed by a punishment, regardless who committed it.

> You think if Ciaran goes to jail you will have justice?

> That you will somehow "feel" better? You won't.
> Trust me you won't. You will only have peace by forgiveness.

Trust me we will. A whole country will feel better if Mr. Tobin goes to jail. And again: it’s not about Marci and Petra, it’s about law and justice.

Not to forget: we forgive someone who asked it. Did that Mr. Tobin in the past 10 years?

> This man has suffered unimaginable pain, as you and your wife have, over
> the last decade and he has paid for his mistake a 1000 times over.

It is time to put him under arrest.

> Please do not wreck this man's life?

Mr. Tobin had the choice to wreck or not to wreck someone's life ten years ago, when he started his car"s engine. Then he stepped on the accelerator. That was his decision.

> Please let it go now and grieve  for your children alright but do not
> ruin another 4 lives and many more too if the truth be known.
> I ask for mercy.
> "Blessed are the merciful for
> they shall obtain mercy"

Please forgive my poor English, but at least I'm trying to use the language of the addressed.

An answer to Mr. Paul Sharkey
First I thought I should answer in Hungarian, since Mr. Sharkey does not really deserve a letter in English. Please note, he did not use the mother tongue of the victims when he wrote to their father. Then, I had to concede that my answer might have more effect this way.
What an outrageous letter!
Human beings are responsible creatures. The only one which can be responsible. A man is able to foresee the potential consequences of his acts and omissions. So, a man can be liable because of this ability (and because he can act freely).In general from the point of view of equity everybody has to be responsible without any exceptions. There can not be an exception, this is my first answer to that letter.
The aim is not the revenge at all, but the protection of the society, in other word words the protection of us. The judiciary can show us that we are protected, because everybody has to take his responsibility. Irresponsible acts can lead to the demolition of the human society. Even if bearing one's responsibility can cause more suffering, it can save us from a lot more suffering indirectly in the future, since it demonstrates that there is no exception. This is my second answer.
How can we understand a situation in which someone is trying not to take the consequences although he was considered blameworthy by the courts? Why should he be an exception?
It should be wise to say sorry, the sooner the better. This is the ONLY way to get mercy from ourselves and from God.
I do not want to hurt anybody and I do not want to give an advice, but I need to react. Please just think about it. If you do not understand it, you do not want to understand it.
Zsolt Tóth