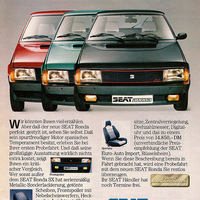 Ciaran Tobin, an accountant from Offington Drive in Sutton and previously from Ratoath in Co Meath, was convicted by a Hungarian court in his absence in 2002 of negligent driving causing the deaths of a five-year-old boy and his two-year-old sister.

A three-year sentence was later reduced to 18 months on appeal.

AdvertisementA previous attempt to extradite him failed in 2007 when the Supreme Court upheld a High Court ruling that he had not fled the country under the terms of the legislation governing European Arrest Warrants.

However, a change to legislation introduced this year under the Criminal Justice Act led to a fresh application for his extradition by the Hungarian authorities in September.

In 2007 Mr Justice Peart said he accepted Mr Tobin's argument that he and his family had left Hungary in November 2000 following the completion of his work in that country and that he had never fled before the commencement of any sentence imposed on him.

That ruling was then appealed to the Supreme Court but was upheld.

In April 2000 Mr Tobin's car mounted a footpath in a built up area of Budapest and hit the two children, killing them instantly.

After being charged with negligent driving, he surrendered his passport but later retrieved it for a trip home to Ireland.

On his return to Hungary he did not surrender his passport and returned to Ireland when his contract with his employer came to an end in November 2000.

He was arrested at his home in Sutton last night before being brought before the High Court this morning.

He was granted bail and ordered to sign on at a garda station three times a week and to surrender his passport.

The case was adjourned to 2 December for hearing.