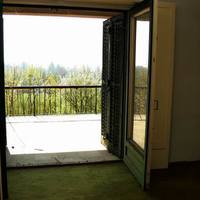 To Mr. Lenihan, Minister for Justice, Equality and Law Reform

as you are aware, 8 years ago an Irish citizen, Francis Ciarán Tobin caused the death of two small children while driving a motor car in Leanyfalu, Hungary. He was convicted and sentenced by the Hungarian Court to 3 years imprisonment in 2002.
Based on the European Arrest Warrant issued by the Hungarian authorities the Irish Supreme Court delivered a decision that Francis Ciarán Tobin will not be surrendered to Hungary as he did not flee.
This decision is beyond my comprehension. It has nothing to do with justice. Judges were simply trying to find an excuse to turn down the extradition request for whatsoever reason. The message of the decision is that one can get away with a warning if he has enough influence and money.
In other words, the Irish courts abused the community law and seriously abused the faith people have in righteousness. Your country made a decision which states that no one is going to be surrendered to another country, unless he "flees" from there after convicted in due process of law.
As far as I'm concerned, all criminals convicted in European Union courts should serve their sentences as a matter of justice,  irrespective of which country's citizen he is and irrespective of whether he crosses an invisible border that has little other meaning within the territory of the European Union.
Although we don't have any effect on that, I do believe that the Irish people will not let this injustice happen. Tobin must serve his time in prison to think over what responsibility for his action means.
The reason why I turn to you now is to persuade you to make additional steps to prevent this injustice.